Our Monitoring system is exclusive. It's affordable, efficient and keeps you in compliance. Call for details.

Please call to discuss your needs. Our criminal searches start at under $20. It will cost you $20 to find out how good we are. 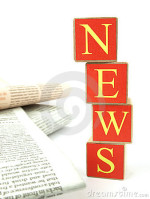 We try to keep you current with Federal & state regualtions.

In addition, the law gives investigators at the Massachusetts Department of Early Education and Care (EEC) and the Department of Elementary and Secondary Education (ESE) access to state and federal criminal record checks.

The bill requires employers of licensed educators to share with the ESE any information, including the results of background checks, which might be relevant to an investigation of alleged misconduct by a license holder or applicant. It also requires all of the following to undergo a national criminal history record check:

The new law will “better protect both children and adults in schools and early education and care settings across the Commonwealth,” said Education Secretary Paul Reville.

By STEVE LeBLANC
BOSTON (AP) —Teachers at public and private schools, workers at child care centers and school bus drivers are among those who will soon be required to submit fingerprints for criminal background checks under a new Massachusetts law. Gov. Deval Patrick signed the wide-reaching measure saying it closes a loophole in existing state law and will help protect children. Under the new law, the fingerprints will be submitted to the state police for a state criminal history check and also forwarded to the Federal Bureau of Investigation for a national background check. Under the previous law, fingerprints were not required and only a state check was conducted. All newly hired teachers, bus drivers and others working at schools will be required to undergo the background checks before the start of the next school year. Current employees must undergo the checks before the 2016-2017 school year. Licensed family child care providers, their household members age 15 or older, and individuals regularly on the premises of a family child care home will also be subject to the checks, as will subcontractors commissioned to perform work on school grounds. Previously, schools were only allowed to conduct background checks for crimes committed inside Massachusetts using the state’s name-based Criminal Offender Record Information system. Those system checks did not include any criminal history record information for crimes committed outside the state. ‘‘We have historically checked the background of employees in schools and day care centers based on information that we can get from Massachusetts, but people move around so we ought to be able to get that information from elsewhere,’’ Patrick said Friday in announcing the new law he signed Thursday. The governor’s office said that the law will not cost the state or school districts, that the fees associated with the fingerprint checks will be the responsibility of the person being fingerprinted, and that the national criminal checks are done on a one-time basis. The information gleaned from the background checks can be used by investigators from the Department of Early Education and Care and the Department of Elementary and Secondary Education looking into allegations of misconduct by teachers. The fingerprint background checks would also apply to everyone seeking to adopt children or become foster parents as well as all other employees of school departments who may have direct, unmonitored contact with children. State Rep. Alice Peisch, who pushed for the changes, said Massachusetts will ‘‘no longer lag behind’’ other states which have already adopted the national fingerprint background check. State education officials also hailed the law, saying it should provide more peace of mind for parents and students. ‘‘Every child in Massachusetts should be able to go to school knowing that they have a safe and secure space to learn and grow,’’ said Education Secretary Paul Reville. Final approval of the measure came just weeks after authorities announced an indictment of a Wakefield man charged with sexually assaulting more than a dozen children. John Burbine is accused of assaulting the children — including one just 8 days old — while working at his wife’s unlicensed day care business. He’s currently being held without bail after pleading not guilty. The case has prompted calls for additional laws designed to protect children. Sen. Bruce Tarr of Gloucester, the Republican leader in the Massachusetts Senate, has said he plans to file legislation soon that would, among other things, improve communication between lawmakers, prosecutors and the state Sex Offender Registry Board.

FTC Issues New Guidance on the Fair Credit Reporting Act
The Federal Trade Commission (FTC) has issued a new staff report comprehensively updating its guidance under the Fair Credit Reporting Act (FCRA). In 1990, the FTC issued a commentary on the FCRA (published as an appendix to 16 CFR part 600). Between 1997 and 2001, it issued informal opinion letters in response to selected questions that it received. Changes to the FCRA, primarily in 1996 and 2003, rendered much of the prior commentary obsolete. The new guidance reflects the FTC’s most up-to-date guidance. Additionally, the FTC has formally withdrawn its prior commentary. In a press release, the FTC notes that the reason for this is that the recent financial reform legislation transferred the FTC’s authority to issue this kind of guidance to the newly created Consumer Financial Protection Bureau. The FTC says that the new guidance mostly codifies its prior positions, but that it modifies some of its prior interpretations. Therefore, there may be new regulatory positions set out in the 117-page document.

Please see below for links to the documents referenced in this update:

FTC Says Screening of Volunteers is for Employment Purposes Under the FCRA
In its newly issued staff report that updates its guidance under the Fair Credit Reporting Act (FCRA), the Federal Trade Commission (FTC) says that the term employment purposes includes “a nonprofit organization staffed in whole or in part by volunteers.” (See page 32 of the report.) The sources cited in the footnote for this assertion do not support it. The first source cited there is Hoke v. Retail Credit Corp. in that case, the court construed the words employment, promotion, and reassignment in the definition of “employment purposes” have “specific meanings in the area of activities for the production of income.” By definition, volunteering is not an activity for the production of income. The other two sources that the footnote cites, the Allison and Solomon information staff opinion letters, both deal with cases in which the activity in question was income-producing (independent truck drivers in Allison and title insurance agents in Solomon). However, courts often defer to the FTC’s guidance on matters under the FCRA. Therefore, anyone who screens volunteers should consider immediately adopting the practices related to employment-purpose screening, including disclosure, authorization, and pre-adverse-action notices.

Please see below for links to the documents referenced in this update:

According to a government report, more than 90 percent of nursing homes have employees with criminal records. The current patchwork system of criminal-background checks may contribute to the high number of individuals with criminal convictions working in nursing homes, and it leaves vulnerable nursing-home residents at risk of harm.

Criminals in Nursing Homes
The analysis revealed that, in 2009, 92 percent of the nursing homes employed at least one person with a criminal conviction. Further, almost half of the nursing homes employed five or more people with criminal convictions. At one facility with a total of 164 employees, 34 employees had at least one conviction each, said Daniel R. Levinson, Inspector General of the U.S. Department of Health and Human Services. Seven registered sex offenders were working at five different nursing homes, and 13 percent of the employees with criminal convictions were convicted of crimes against people. Most of the employees' convictions, 44 percent, were for crimes against property such as shoplifting, burglary or writing bad checks.

Patient Safety Risks
Currently, only ten states require pre-employment state and FBI criminal-background checks. Because only the FBI background check reports criminal convictions in multiple states, someone with a conviction in one state may find employment in a nursing home in a different state that does not use FBI criminal-background checks.
Senator Herb Kohl, D-Wisconsin, Chairman of the Senate Special Committee on Aging, said the present background-check system is "haphazard, inconsistent and full of gaping holes in many states. Predators can easily evade detection during the hiring process, securing jobs that allow them to assault, abuse and steal from defenseless elders."
In addition, AARP spokesman Jim Dau said, "There are still potentially-dangerous gaps in the system used to determine who will be responsible for providing care for many people during vulnerable points in their lives." Since nursing-home employees often work unsupervised in close contact with people who are less able to protect their property and defend themselves, a background-check system -- or lack thereof -- that allows people with criminal convictions to slip through the cracks puts loved ones at risk for theft and, even worse, maltreatment or nursing-home abuse.

National Background Check Program
On March 23, 2010, President Barack Obama signed the Patient Protection and Affordable Care Act. According to the OIG report, the Patient Protection and Affordable Care Act requires the Secretary of Health and Human Services to implement a nationwide program for individual states to conduct both state and FBI background checks for nursing-home employees with direct access to nursing-home residents.
Because criminal convictions are sometimes under different names, the National Background Check Program will perform fingerprint-based searches of state and federal criminal-conviction records. However, FBI records generally do not indicate whether the victim of a crime was a nursing-home resident. Therefore, additional information on a potential nursing-home employee's criminal conviction is necessary.
Improvements to nursing-home employee screening should be made quickly so elderly and vulnerable residents are not harmed by people with criminal convictions. If you suspect that a relative or loved one in a nursing home may be suffering neglect, abuse or maltreatment from nursing-home employees, contact an experienced nursing home attorney in your area to discuss your legal options.
Article provided by Dansky | Katz | Ringold | York
Visit us at www.nursinghome-legalhelp.com﻿